Are there any legal repercussions to employee monitoring via Screenshot?

Who would want to end up in jail for merely monitoring the employees? Does it sound improbable? It isn't because there are many instances where the employees drifted off the policies, intentionally or intentionally, and the repercussions they faced struck them. So, you've got to be extra smart in this scenario and ensure that the screenshot monitoring tools you're employing are even worth your energy and time. It's always a better move to research beforehand and only then jump into the pool. Limited knowledge leads to poor decisions. Hence, the entire company suffers or bears the loss.

In this article, we've broken it down for you and documented if there are any legal repercussions to utilizing screenshot monitoring tools. Please read our other blog posts if you've yet to read what benefits such tools bring to the table. Let's dive into what you precisely have come for!

An Overview of Screenshot Monitoring Tools

These tools are installed in the employee's system. The software is programmed to capture screenshots at a specified or random interval, depending on the company's management scheme.

This sounds pretty unethical to eye over someone's screen and all that. But there's a different side to it that we are yet unaware of. It's that we only concentrate on the negative side of it. There are plenty of benefits that organizations have leveraged with the adoption of such tools. The change they bring into the system is a separate debate, but the results are overwhelming. Here's a straight one - is it ethical? It goes both ways - it is, and it's not!

Okay! It's unethical if the person being watched or monitored is unaware of it, which is done against his will. As long as the person conforms to the company's policies, there's nothing wrong with it, and neither is it unethical.

Imagine yourself going for an audit from a firm. Is it unethical for them to sift through your documents and all that stuff? Obviously not! It's because you've given them the consent to check it out, and everything is backed by your will to do it. 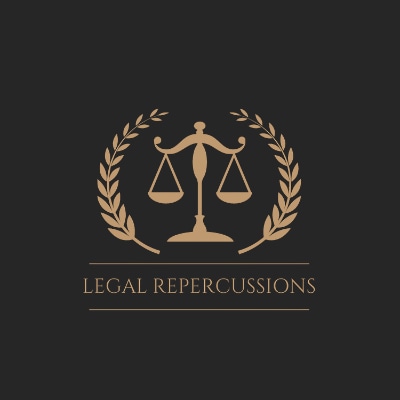 The next part is a serious subject, as it involves legalities. You'd never want to end up behind bars for doing something you deem ethical, right?

There is more than one answer to this question. Companies, in certain parts of the world, have a right to spy over employees' information as long as they are within the boundary, and if it's remote work - the same rule applies, but here the employee must have been a part of a project assigned by the firm. If an employee is paid hourly, the employer has every right to inquire about the time spent on the assignments and record his activities. This includes capturing screenshots, tracking actions, keeping records of absence and breaks, keystroke logs, and much more.

It is legal, but in "most parts of the world". It doesn't encapsulate the entire world. There are parts of the world where you're supposed to go a step further. The next question that must have taken you by surprise is, what is that then?

You need a duly signed consent form. You've got to present the consent form before hiring an employee formally and only if the employee stays aligned with the company rules he/is she granted an opportunity to work with that firm. Even in some states of the United States of America, consent forms are attached for employees to fill and ensure they're open to allowing a particular company to probe into their personal space.

Final Verdict: There are no legal penalties for recording an employee's screen as long as certain conditions are met.

Screenshot monitoring is one of the best ways to keep track of the activity of any employee, working either on-site or remotely. This has proved to be a holy grail for employers because after having it installed, the majority have observed that they have not only more control over their workforce, but they are more involved at all times, with a quick turnaround time.

Secondly, these tools aren't illegal, as an argument is built up here in the text. If you've missed any part of it, do read it out to absorb the nitty-gritty of the subject. Now, coming to the most lucrative part of it!

Have you tried any Screenshot monitoring tool before? You're at the right spot because there's one we deem worthy of your money. It costs less than 3 dollars a month and will go a long way.

It's the WorkComposer - Do check it out!